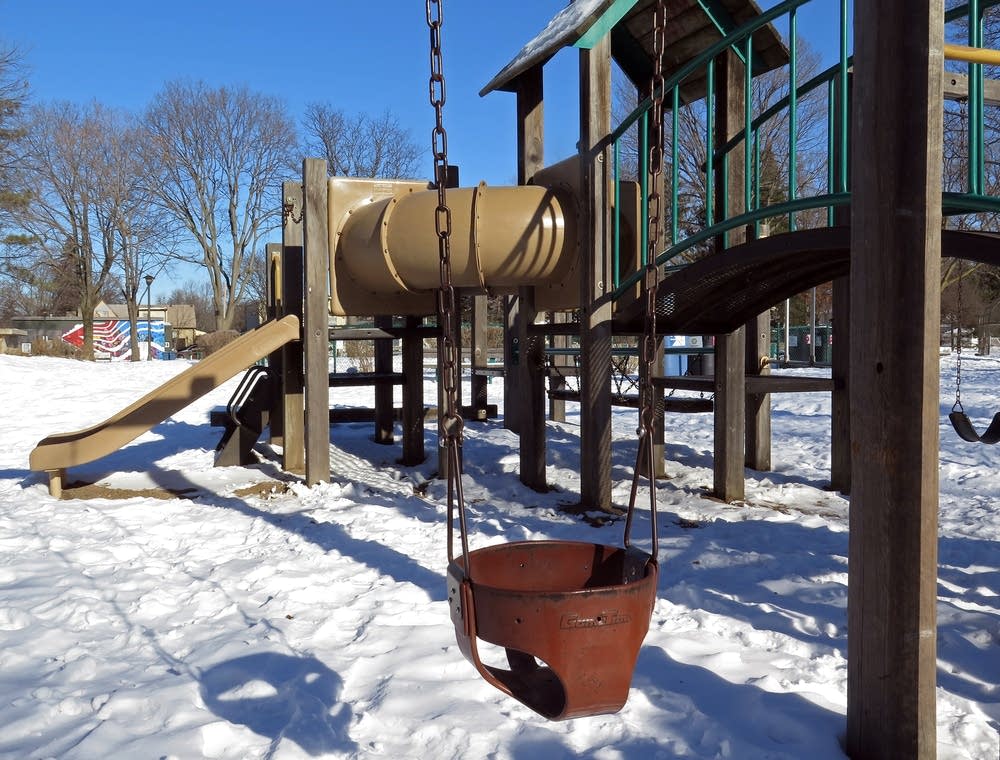 The playground in Longfellow Park in Minneapolis, seen here on Jan. 17, 2015, is one example of equipment seen by some as overdue for replacement. Matt Sepic | MPR News 2015

The Minneapolis Park and Recreation Board will take up the city’s much discussed 20-year, $800 million parks funding plan tonight, which the City Council passed last week.

But the park board must now sign off to seal the deal.

Even with the new influx of funds, there’s simply not enough money to fix everything at every park — and choices about which projects to fund can be difficult.

Mpls. Park Board is pioneering a new formula to make these choices. It’s a formula that emphasizes equity.
MPR’s Cathy Wurzer spoke with Minneapolis park board superintendent Jayne Miller.