The following announcement has been issued by LRT Done Right.  Their website is http://lrtdoneright.org/ 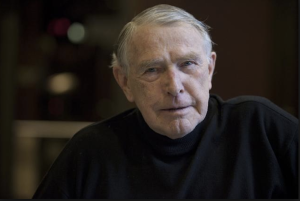 At a press conference this Thursday, former U.S. Congressman Martin Sabo, a national expert on transportation policy and finance, will urge Minneapolis city officials to vote no on the Met Council’s Southwest light rail proposal.

He will share his concerns about cost-effectiveness, the environment, the future of Metro area transit, and the bait-and-switch nature of the Met Council’s ever-morphing proposal to the City.

Congressman Sabo represented Minnesota’s Fifth Congressional District in the U.S. House of Representatives from 1979 to 2007. He was the ranking member of the U.S. House Transportation Appropriations Subcommittee and chaired the House Budget Committee. He recently co-chaired the National Transportation Policy Project at the Bipartisan Policy Center, along with former Mayor Dennis Archer (D-Detroit), former Representative Sherwood Boehlert (R-N.Y.), and former Senator Slade Gorton (R-Wash.). He served in the Minnesota House of Representatives from 1960 to 1978, including as Speaker of the House from 1973 to 1978.